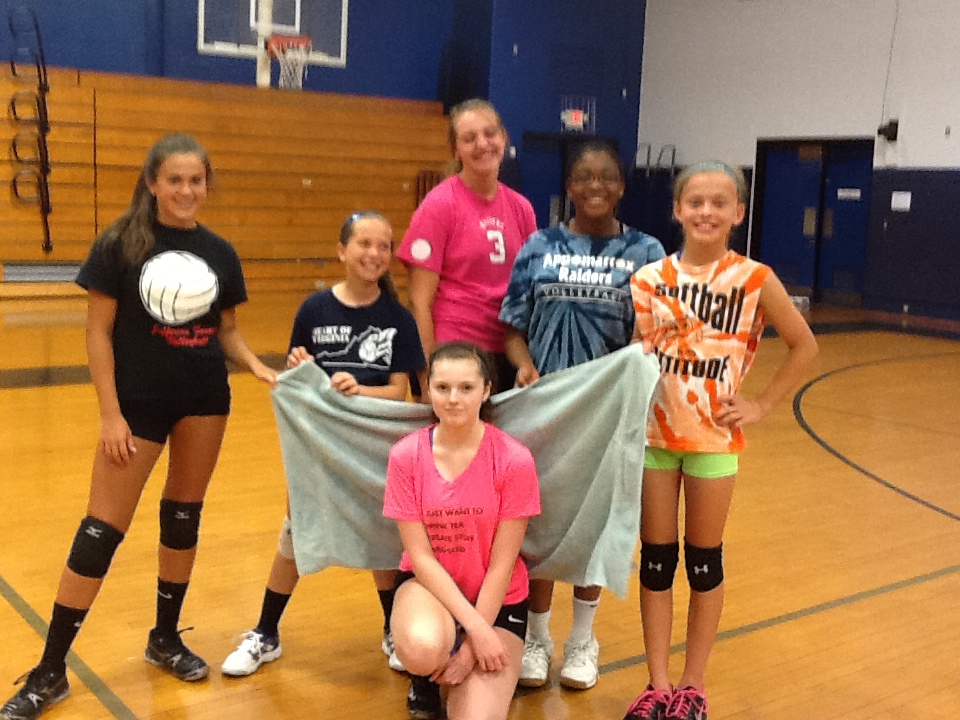 CONGRATS to "Steal The Bacon" champion!
Here they are posing with their trophy!
Standing: Jayme, Maddie, Kaylynn, Tamia, Skylar.  In front there is Macey.
They were the only team to go 3-0!!

"So sad...today was the last day of Volleyball Camp. I wish it could go all summer!
I learned so much this year and have improved a lot. I WILL KEEP MY TEAM AS A WHOLE!!!!"

"I'm so proud of myself and I have improved a lot since last year at camp.
I love this camp and will go to it forever! Coach Houser and his staff are the best!"

"Thank you for a great week in Appomattox. My daughter had a great time, learned new techniques and had an amazing time.
She's already talking about next years camp. Thank you and we greatly appreciate you and your team."

Cockroach, then 6 men in a boat!

Oh, wow!!  This is what was waiting for us when we walked in on Monday!
Thanks Coach Dalton! It was another special week with your incredible athletes! 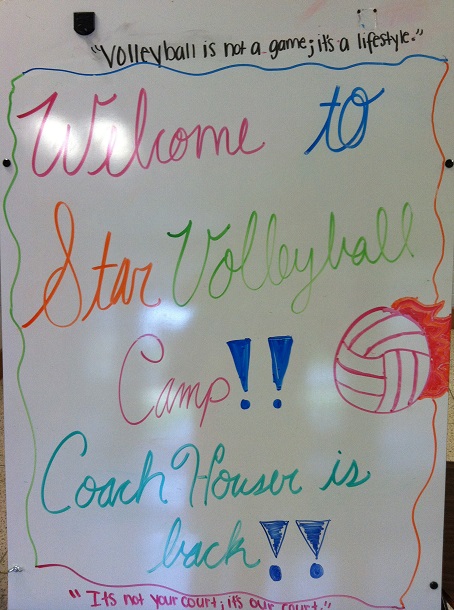